the place one lives., was a video program, curated by Josephine Mead for BLINDSIDE's Satellite series in 2020. The program featured video works by Amrita Hepi, Leyla Stevens, Miko Revereza and Talia Smith and a poetic essay by Anabelle Lacroix. 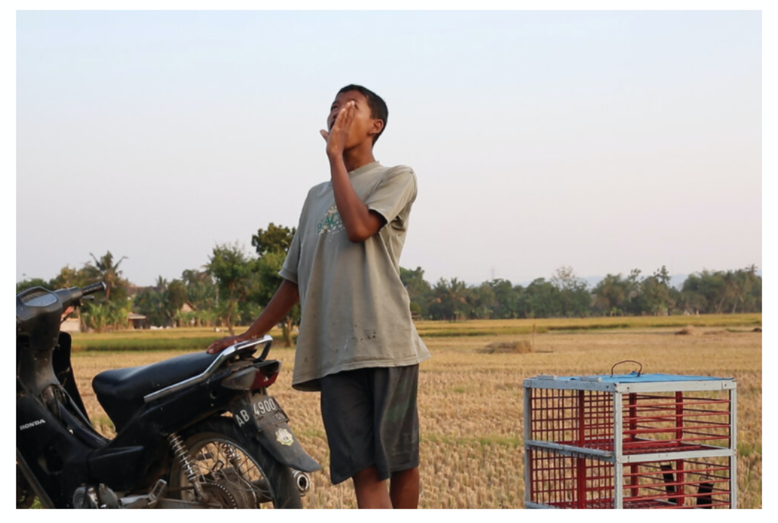 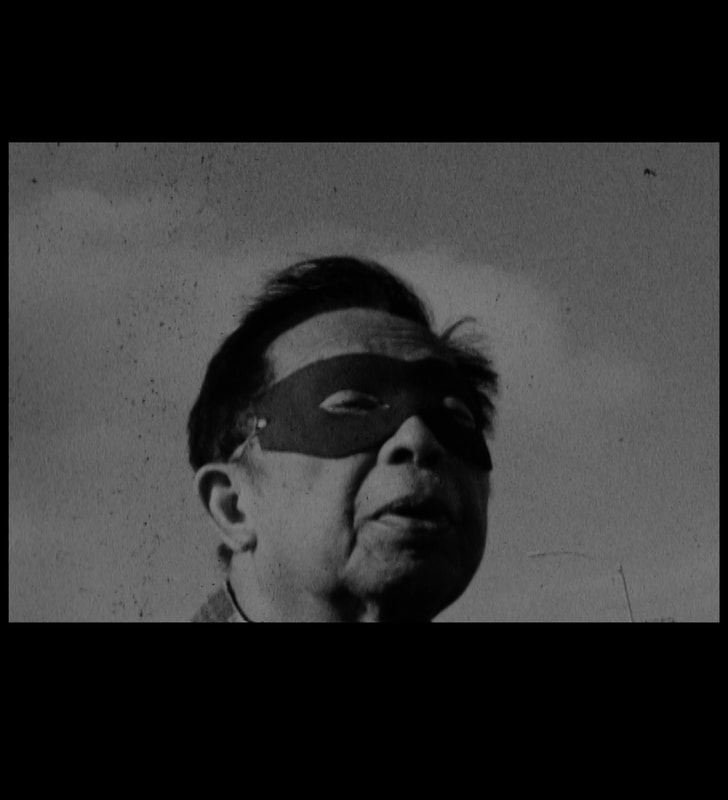 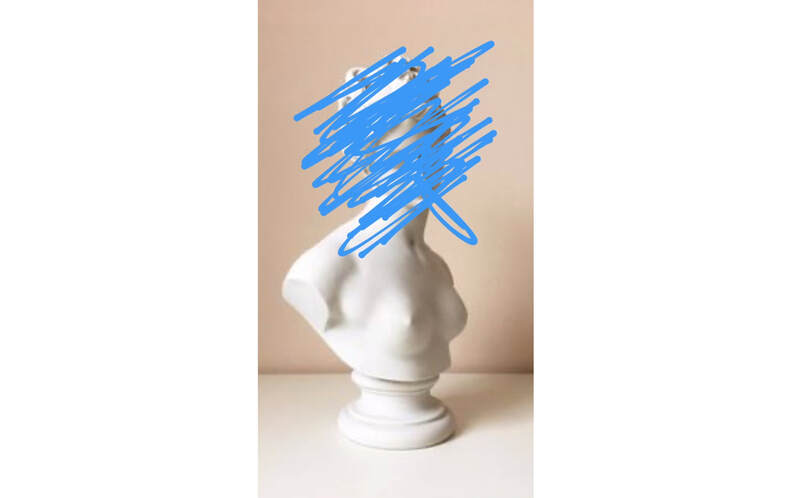 Amrita Hepi, Precedent piece, video still, 2020, work courtesy of the artist.
I was born in Naarm (Melbourne). I grew up in the Eastern suburbs and have lived in lots of different share houses throughout the inner North over the past several years, with some brief stints back at my family home when I needed periods of rest. This area feels familiar. Although I am ever-aware that I am living on unceded land — currently making, resting and learning on the land of the Woiwurrung and Boonwurrung language groups. I am occupying someone else’s home and I am deeply lucky to be here. I will forever be a guest. At different stages over the past several years I have left home to follow my curiosities, make new work and find beauty. I have traversed high mountain passes in Tibet; watched birds fly in circles overhead in Istanbul; gazed into Indonesian volcanoes, created new work in studios in Turkey, Mexico, Portugal and Germany; watched hands dance in a market place in Gianyar; circumambulated the Buddha’s Bodhi tree in Bodh Gaya; seen souls released through fire in Varanasi; and been wrapped in operatic score in Vienna. I have laid my head to rest in many homes that have not been my own — I have been incredibly blessed. I have watched others build a sense of home through family, friendship and art-making. No matter where I am, the same old moon hangs overhead and my family remains in my heart, grounding me. At the beginning of this year I moved to Berlin to create a new home and a new life. After two months I returned to Australia due to Covid19. I am back home - settling into a new life, a new relationship, a new house and a new studio.  I am putting the pieces back together and creating art in an attempt to make sense of it all. I am feeling more settled than I have before, yet am still somewhat adrift. As I constantly recalibrate where and what constitutes home to me, one thing remains certain – art is my home, a place I can always return.

For the place one lives., four artists have been invited to submit works that respond to notions of home. Balinese-Australian artist Leyla Stevens, currently residing on Gadigal land (Sydney) was recently commissioned to create Scenes of solace for Prototype. Stevens intended “to make a video for sleep, to make a space for slow looking”[1]. The work can be seen as a meditation between notions of passage and stillness, through gestures of arrival, moving, leaving, transition and acts of return. The subjects in the work — captured by Leyla while travelling and drawn from family archive — are found within acts of calling and seeing. The viewer is encouraged to understand that home is something to be found, changed, re-found and re-configured, in an ongoing sense. The definition and role of home in one’s life can change and remains in flux. It is clear that Stevens has found a sense of home through the camera. Creative bodies employ modes of art-making to find, seek and decipher notions of home through place, space, time and the body.

The idea of an evolving notion of home, of it’s transience and malleability, is echoed in the flight paths of planes in Talia Smith’s Look Up. Smith is of Pacific Island and NZ European descent and is currently living on Gadigal land (Sydney). The work documents planes flying over Stanmore, shortly after Smith had relocated there. Footage of planes in flight feels very poignant— as most flights are grounded and many people are stuck at home or unable to make it home, due to the ongoing threat of Covid19. Smith feels that “we are such global people now that there is no one home anymore but rather there are places where little bits of my heart or being lie, it is in the Mountain in Taranaki (New Plymouth), it is in the heat of the pacific islands, it is in the view from my parents deck overlooking the cemetery where my ancestors are buried in Auckland.”[2] At a time when our ability to travel has been halted, there is a certain freedom to be found in the idea that different aspects of home can remain within the self. Solace can be found in memory.

Miko Revereza was born in the Philippines and has been living illegally in the US for years. His work DROGA! is a “personal meditation about the experience of the Filipino diaspora. It explores both the physical and emotional spaces of many immigrants who are living in a state of exile in the US.”[3] Revereza’s work documents his and his family’s experiences of assimilation to American life, through new and archival footage and pop cultural reference. One cannot think about home without reflecting on the colonisation and invasion that has taken place throughout history – many homes have been and are still being invaded. Revereza reflects on notions of conquest, stating that “both Spanish and American empires have successfully employed images to colonise the bodies that inhabit ‘their territories’. I often find myself thinking about how the lens—a piece of Western technology that has been instrumental in producing and reproducing misrepresentations of “other” peoples—extends this labour of conquest.”[4] Western power has taken away many people’s right to a sense of home.

Amrita Hepi, born in Townsville of Bundjulung/Ngapuhi territories and currently working in Naarm (Melbourne), recently created Precedent piece for Kaldor Public Art Project’s do it (australia) program – an invitation for artists to propose a set of instructions to audiences during lockdown. The work was created on a phone – the leading social interface for many during the pandemic – and the main link between home and the outside world. Hepi considers the negotiation between wanting to have a break from the phone and using it as a device to emotionally navigate lockdown. While unable to leave home, she invites viewers to surrender – physically and emotionally – to the emotional dread and digital realities that we are currently faced with. Noting, “let the changer love the changed”, Hepi proposes a suggestion that we surrender to our current Covid19 reality in an attempt to seek a sense of equilibrium and see the opportunities that still abound. When stuck at home, we have the opportunity to further refine and nurture the home that is the self.

Collectively these works are presented as a wish for viewers to seek, settle-into and retain a sense of home — within their current reality and during a time of great global uncertainty.
​
- Josephine Mead, 2020.